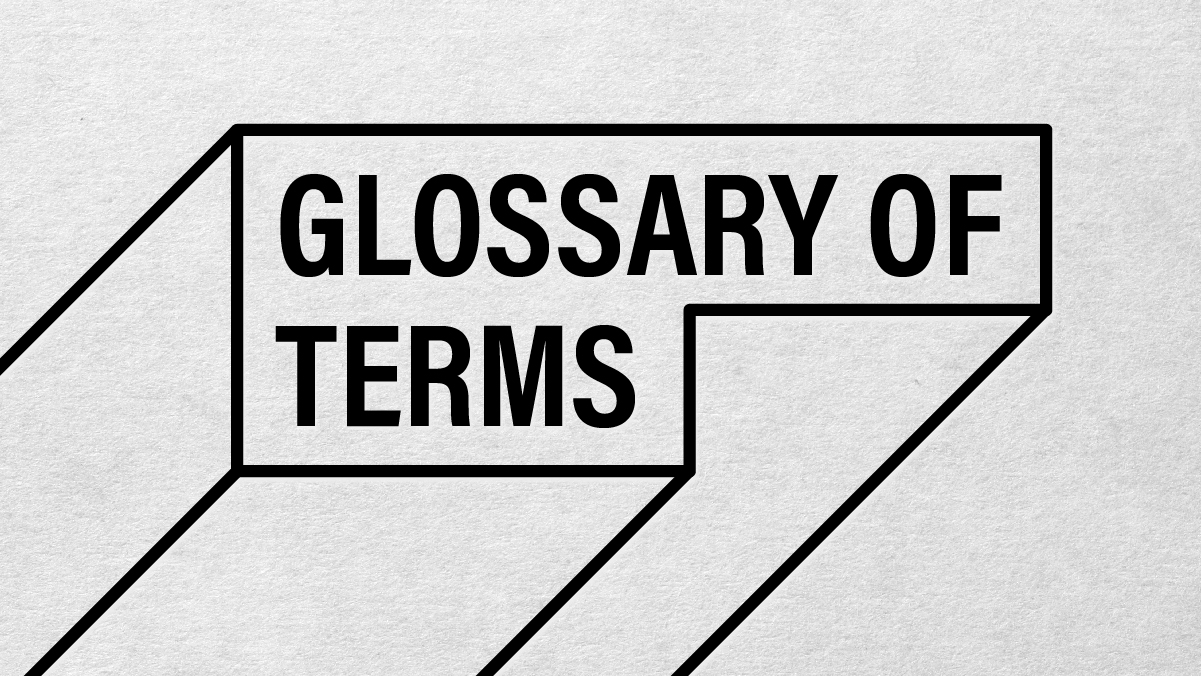 Condition affecting brand designs, logotypes and corporate identities when they’ve been shonked out in fifteen minutes by your cousin Dazzer ‘Filler-Killer’ Dobmonster on his 1995- vintage version of Gimp as part-payment on a four-pack of Stella and a lamb donner.

My cousin did it cheap

Tell-tale signs that when you started your business you relied on the shonked-out shtick of your cousin, Dazzer ‘Filler-Killer’ Dobmonster because you were skint. Signature traces: business cards heavy-laden with shame and regret; logos that would come last in a primary school vegetable-drawing competition; straplines that clang like an anvil dropped from high altitude.

Your business idea is great but you fudge and warble when you’re trying to explain it. No one knows what you’re going on about. You’re like the alien in Kurt Vonnegut’s Breakfast of Champions who comes to Earth with the cure for cancer, only to be beaten to death with a golf club because he communicates by tap dancing and farting.

You have a business that’s brilliant in every way except you turn it into a mind-wiping death ray of dullness and dross when you pitch it. Eyes once glossy with expectation morph into the cold, switched-off stares of the eternally damned and undead, and it’s all your fault.

Your previous business mentors, Mr Herd-Mentality and Ms Hivemind told you not to be different and to follow the conventional wisdom, just like everyone else. This is why you’re hemmed in by a big blobby mass of stale ideas and clichéd messages. It might be scary at first, but use your distinctiveness as high-octane fuel and sprint away from the flock.

Someone else has a good idea. You nick that idea, just like all the other sharky-shonks and image-pilferers. You all merge into a big backdrop of drippy, dreary blandness, creative beige, vanilla vague, a slate-grey haze forgotten tomorrow and hardly remembered today.

Societal and in some cases trans-continental proliferation of Bland Identity transmitted by prolonged exposure to people who wouldn’t have the faintest idea about design if it waltzed up and kicked them in the unmentionables.

A tech founder burdened by an idea of marginal promise. Sundry mentors and business coaches (who wouldn’t know the sun were up unless there was a press release on it) have convinced him to think of himself as kin to Galactus, Devourer of Worlds. Maybe he’s even a Wielder of the Power Cosmic as awesome as Mark Zuckerburg or one of the Dragons on Dragon’s Den. The Hubrista can often be found mingling with the common folk like Henry V before the Battle of Agincourt (i.e. working in a coffee shop, where he pontificates to his co-workers, generally giving away the secret gears of a business model that doesn’t work). May attract a frenzy of investment from his nan and other silly sausages.

A semi-mythical creature, the Unicorn is a tech start-up valued at more than a billion dollars. The term was coined in 2013 by venture capitalist Aileen Lee. In choosing the legendary horse with a horn on its head, last seen playing a bit-part in the 1982 SF masterpiece Blade Runner, Lee drew our attention to the statistical rarity of such successful ventures (in Blade Runner, it is ambiguous, i.e. it’s unclear whether the unicorn is real or part of a weird dream). When growth hackers talk about Unicorns, they are usually referring to sensational examples, tremendously successful but not repeatable, such as the Airbnb-Craigslist hack. Despite the rarity of sightings, most investors want to find a Unicorn and most tech startups want to be one.

A startup company an investor threw money at, hoping it would rapidly scale to a value exceeding a billion dollars. It has since done nothing when it should have pivoted 10 years ago. It’s either missed its mark or irreparable breakdown has occurred between founder and investor. Unicorn Shit is a tech startup valued at zilch, a black hole for investor cash.

Someone in your sector is doing great, getting their message out, their hard work paying-off. You like what they’re doing so much you think that you will do just as well, if not better, by simply copying their ideas. After all, nothing is real anymore. There are no original ideas. The copycat isn’t the enemy of talent but a kind of post-modern everyman anti-hero escaping the void through a maze of mirrors. Talent borrows, genius steals, said Oscar Wilde, using a phrase he probably nicked from someone else. But it’s easy to spot someone outpaced, outsmarted and behind the curve. Have confidence in your own ideas. Take time to find your voice. Become your own authority. You don’t want to look like the thief of last year’s ideas, or a rip-off merchant.

Once upon a time, a man stood in front of investors and described Ch/alk, his new predictive cheese tracking app as ‘quicksilver and catastrophic’. And everyone thought, ‘what a cool new way of saying “moving fast and breaking things”, a jibber-jabbered variation on the previous century’s ‘ahead of the curve’, itself a different way of saying ‘the parents will hate it but the kids’ll love it.’ Soon word got around that it was in particular the use of the term ‘quicksilver and catastrophic’ that had attracted a squillion dollars in investment for Ch/alk because the phrase was so ‘cool’, or ‘hot’, or ‘bad’. ‘Bad’ soon jibber-jabbered into ‘badass’ and then ‘b’jazzled’, then ‘botched’, ‘bog’ and finally ‘buzzbiscuit’. Every geek with delusions of being the Uber of badger baiting or custard, every Hubrista drenched in unicorn pheromone and desperation, and even the Cuban rapper Pitbull was bellowing the new buzzbiscuit phrase, ‘quicksilver and catastrophic’ in meeting rooms from Anchorage to Aldershot as if it actually meant something. When everyone starts using the same language, the audience turns off. Using jargon to an investor makes it look like you can’t communicate your idea without relying on clichés. If you’re offering an amazing opportunity, let them see it for themselves. It’s basic show, don’t tell.

You had a good idea. You did all the right prep, designed the thing, manufactured the thing, took it out for a test drive and people were happy enough to hop on board. And all the while, you had a pretty clear idea of your price. Now, you’ve been live a few months and those orders are not flooding in. The phone does stop ringing. No one’s invited you to be a dragon yet and all the talk of unicorns has vanished. You can feel the icy fingers of failure tightening around your neck. So, you act. You make an introductory offer and drop your price. This brings in a few orders, but nothing sensational. So, you do it again, then again and again. Before you know it, every day will be sale day – spring sale, Easter sale, St Crispin’s Day sale, Burmese New Year. The price has become the message. You are now only about the price. It’s a temptation to flag that you’re cheaper than the competition or the low-cost alternative, but you didn’t set out to be a minor princeling in the land of slim pickings. Don’t lose sight of what makes you great. Your message should be your marketing. Live up to your words.

When in trying to explain your product, you start to digress into all sorts of additional functions and future applications it may not even have. Your little app that monitors personal hydration will soon combat drought and has become the cure for global warming. By the time you’ve realised your audience longs for you to shut up, it sounds like you’re talking up a blueprint for a revolutionary form of global government that will cost trillions to implement. Investors want to hear a clear message and attainable aims for their money. Speculating on dozens of different outcomes and demographics confuses and risks the dreaded Zombie Stare.

When a start-up or scale-up jumps on the social purpose bandwagon, just because everyone else is doing it. They ‘do good’ as an add on. It’s a superficial act aimed at gaining favourable PR, or street cred, rather than doing good for the sake of mankind. A Do Gooder will always be found out. They’ll soon forget the promises they made as a fledgling start-up desperate for attention, and all to quickly sacrifice purpose for profit.

A SaaS founder who has become the next big thing, a unicorn or a flashy tech idol like the kid out of American Gods. He’s reached for the stars, it’s paid off, he’s bloody made it.

[Slang. May also refer to:]

A founder that’s struggling with his business idea and can’t tempt investors. Convinced it’s just down to nailing the revenue model, they have an epiphany, “why not package it up and sell it via a monthly subscription”. They can then call it SaaS (Software as a Service) if nothing else it just sounds that much better.
Eventually realising everyone is using the term SaaS, they remix it into something like DaaS (Data as a Service), BaaS (Brand as a Service), FaaS (Food as a Service) or even AaaS (Analytics as a Service). You’ll find the SaaStronaut floating around from pitch to pitch, convinced they’re onto something.

The Field of Dreams

In the 1989 film, Field of Dreams, Iowa farmer Ray (Kevin Costner) hears a mysterious voice one night in his cornfield saying “If you build it, they will come,” he feels the need to act. Despite taunts of lunacy, Ray builds a baseball field on his land. Soon after, the ghosts of the 1919 Chicago White Sox appear.

Like many entrepreneurs, Ray has a vision and an unfaltering belief in his idea. As a result he steams ahead with little more than blind faith, he believes that visitors will come, and when they do, they’ll love what he’s created.

In Rays case it does pay off. But it’s handy to remember that ‘Field of Dreams’ is a fantasy film and his target audience a bunch of ghosts.

We usually advise taking some time at an early stage to test your idea to answer the essential question ‘do your audience want what you are building?’

A founder who has worked their way through a friends and family round followed by an accelerator programme with little more to show than the propensity to ask for free services. The problem here is the collective habitual memory of free support given over a prolonged period by family, friends and experts. In the process the founder becomes accustomed to receiving free stuff. When released from the Shaolin Temple (otherwise known as an accelerator) the founder is shocked to learn that their open palm technique is useless on real people.

A commercial art director, designer, writer or content creator, who has a skewed perception of the commercial world. Rather than considering their role a creative service that works with/for the client to help bring their vision to life they instead view themselves as a creative enigma and the client as a wanker. In their mind the client is there to support but not criticise their genius like the Medici Family in the 14th Century. The artist will often throw a right old strop if they don’t get their own way and can commonly be heard proclaiming “I’m not fucking changing it”.

Inside the mind of an investor: 7 factors that will convince them to back you